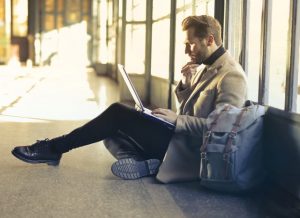 Having recently flown from Manchester to Toronto and back, it’s been interesting reflecting on the state of digital transformation of the various processes and systems within airports. Airports are a fascinating hotbed of technology and data. They place staff and customers into unique situations of security, entertainment and retail to mention just a few. Hanging around for hours and trying to improve the flow, speed and efficiency whilst maximising sales creates some very interesting human computer interactions.

For example – on the way to Toronto, I opted not to check in beforehand, because I didn’t really want yet another airlines app on my phone and I didn’t really want an e-ticket. I’ve had situations at Manchester before where my phone battery is low or the internet connection is weak, so this gives me a leaning towards a physical paper boarding pass. However, this backfired on me as the airline oversold the tickets, so I wasn’t assigned a seat. I was directed at another queue and I think got the final seat at the back of the plane. I was surprised to find that my Trans-Atlantic flight had no screens or plug sockets provided and whilst there were complimentary films (if you had your own laptop or tablet with you), I had no headphones, so I couldn’t use the service.

On the return journey, I wasn’t about to run the risk of not getting a seat again, so I attempted to check in through the airlines website only to be told this service wasn’t available in the city of choice. So reluctantly, I downloaded the airlines own app, checked in and duly received my e-ticket. On arrival at Toronto airport, I was a little surprised not to see humans checking the bags in like they do at Manchester. There were various check in systems but as I’d already checked in, it took me a little while to realise that I had no option but to deal with the machine. This is curious because each airport has their own ways of doing things. For example, at Manchester, a human checks you in and takes your bag and then a machine checks your boarding card and at Toronto, it was the reverse. What is interesting here is that at Toronto, you are forced to learn a new system and deal with a machine. This could be challenging, particularly as people may be stressed or in a rush. I finally figured out which way to put my passport in and how to print my own boarding pass and baggage labels and once I figured out which bits to peel and stick and where to send my bag, I was off again.

The airport WiFi seemed temperamental and on my laptop, I figured out that only Firefox seemed to want to open the login page, which again seemed a bit of a learning curve. Fortunately, I wasn’t in a rush and once I got through security, I was intrigued to find free Ipads and tables provided. The iPads not only let you keep an eye on your own flight but also order things to your table and even play games to win things delivered to your table. With a couple of hours to kill, I decided to give that a try. I repeatedly played a game and won a small amount of reward points until my virtual coins ran out. I was prompted that any purchase would give me more coins and more reward points. Intrigued, I ordered a coffee, and this gave me enough virtual coins to build up enough reward points to the lofty rewards of a fresh apple or some sunflower chips. With a little luck, I built myself up to 5000 reward points and (virtually) rubbed my hands with glee and claimed myself a packet of honey peanuts. But wait, what is this? I have now 5 mins to answer a maths question which, if I get it wrong, I lose all of my hard work? This is a blow I wasn’t warned about, but I have no option. I get the question correct thankfully but then woe of woes, my prize isn’t available. I try another lesser prize. Another maths question! I get it correct again, that prize isn’t available either, but, customer services have been notified. 15 mins later, I report the missing prize. 30 mins later, nothing. So, down on my luck and out of coins (and peanuts), I decide to write this blog post and reflect upon the experience with my digital transformation hat on.

My trials and tribulations with digital transformation here all has a common thread. These airports are digitally transforming, they are implementing technology and data in a variety of ways to maximise their goals through enhancing the customer experience and maximise profit. Or are they? In my case, I found much of the technology implementation problematic and I am sure I’m not the only one. It led me to consider why I hit so many issues on this journey. Part of the issue is my lack of experience and first time use of many of these systems – I made a lot of mistakes that I wouldn’t make if I were to do it all again. I am sure anyone reading this post will be shaking their head at my amateurish navigation and use of these digital systems. The systems became the master of me rather than the other way around. However, for many people, this will be the first time (and possibly only time) they will use these systems. In an airport situation which can be stressful at the best of times, I believe that customers deserve more from these systems – they need to be super simple and incredibly robust. Tesla boss Elon Musk famously warned of over-automation and in a different context, I would argue that more human intervention into my digital interactions at critical points of failure would have greatly helped me. If human assistance isn’t an option, then airports simply need better designed, easier to use systems. Superior design, better testing, better communication with the customer. The system and its pain points need mapping out properly and when a system fails, the data should be used to improve it. Valued customers deserve more. Bill Gates famously highlighted that digitising a bad non-digital system makes an even worse system and in fact, introducing a new digital system with no backup (human intervention or otherwise) is just as bad.

Part of the issue is that these systems are new and at the bleeding edge of technology. Systems will fail and the data from the failure needs to be gathered, processed, iterated and improved. It did leave me wondering to what extent these systems were designed and tested in the first place and under what time, political and budgetary constraints. I think airport systems will improve in the future, but it currently it does largely feel like we have lost some of the that human touch and replaced it with things that don’t quite work as they should. I would be interested to hear your thoughts and experiences with digital technology in airports.

You can also read more about the use of data to create value in our new book Strategic Digital Transformation.

An interesting idea for anyone interested in #seo #passion4digital

Looking for an SEO internship?

Create a niche website & work out how to rank it.

BEST CASE: you get page #1 rankings that you can monetise.

WORST CASE: you learn more than any external internship could've ever taught you.

Want to reach an audience with a higher value? Then give #Bing ads a try! Get Started with Bing Ads ➡ https://socialmgr.click/6nikl #DigitalMarketing #passion4digital 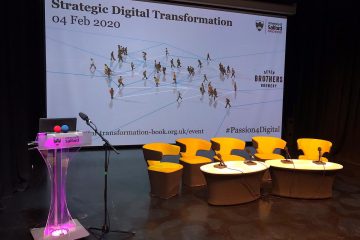 On the 4th of February, our book, Strategic Digital Transformation finally launched! And we had a little party to celebrate the launch of the book.  If you managed to attend the launch – we thank you Read more… 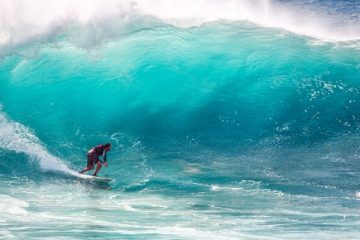 It’s been an interesting year for sports clubs and innovation. PwC’s Sports Annual Survey 2019 went with the headline “Sports industry – time to refocus?”. This came from their survey of 580 industry leaders from 49 Read more… 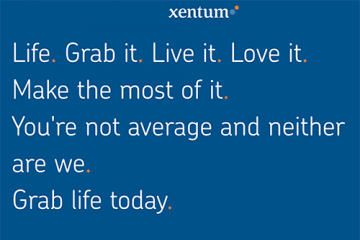 This website is an extension for the limited pages of our book so this case study covers Xentum, which has been operating on a financial service since 2004. With a programme of digital transformation, this Read more…