Post-lockdown recovery: how workers and businesses are charging? 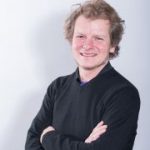 As our collective response to COVID-19 is slowly moving from lockdown to the reopening and reactivation of the economy a new challenge is emerging. Traditional methods of categorising business and workers are now being tested and questioned. Recognising a change in the ways business and workers are defined may become a necessary pillar for the economic revival that will be required to minimise a significant recession in the post-COVID-19 recovery phase.

In the UK the primary trigger for the change has been the Government’s definition of key workers during the lockdown. Although primarily intended to guide schools to determine which children would remain in class based on their parent’s work the list has gained far wider currency. By encompassing more workers the term has evolved into a label through which we are directing our regular public appreciation as well as our concerns regarding the pandemic. Being a key worker has moved from an identification of those in intensive caring or support roles who typically struggle financially in a competitive housing marketing to those who directly deliver activities that support key infrastructure. This evolution can casually be traced with Wikipedia’s definition of the term being edited over 50 times during the three months of the pandemic while the five edits before the current situation span the previous five years. It is important to not forget the reason for the original definition of key workers still remains. The generally low wages of key workers often prohibits them from accessing housing in locations near to their workplaces.

The changing meaning of key workers has also provoked public questioning of official definitions. The BBC apologised in May about Fiona Bruce’s use of the term ‘low-skilled’ in her reporting of the high risk of exposure to COVID-19 infection by bus drivers, security guards and care workers. This apology came even though the terms ‘low-skilled’ and ‘highly-skilled’ are terms used by the Government’s own reporting agency, the Office for National Statistics (ONS). In the new priorities of public thinking low-skilled, low-waged workers are more significantly regarded as key workers.

The reintroduction of the immigration bill by the Home Secretary has sparked a similar debate. The proposed points-based system has been politically criticised for creating an increasingly hostile environment to the many immigrant key worker. Yet the evidence of the past three months is that it is this category of worker who provides the golden thread of labour that keeps vital services functioning and, in turn, underpins the success of the entire economy. This golden thread is ever present in the economy but has become more starkly obvious during the health emergency. Not just in the most obvious medical sector but with workers in care homes where COVID-19 has been particularly devastating, as well as in the supply chains of large retailers as public panic over toilet rolls strained well-managed processes. Equally any water or power fault has emphasised the usually unseen hand of key workers in the utilities sector. The need to bring in Romanian fruit pickers during the lockdown highlighted that all forms of food production work are key work. Fruit picking is also part of the supply chain into supermarkets and an important aspect of ensuring primary producers’ incomes.

The lockdown called a halt to all social and leisure activities as well as a selection of industries across all sectors of the economy from the primary to quaternary. This selective shutdown of businesses by Government highlights that the concept of a four layer economy may been an outdated distinction. With this selective shutdown the role of key workers – and their specific industries – have become evident as a result of their continued face-to-face activity. For the newly expanded ranks of the home worker the difference between their roles and that of the key workers is stark. As the lucky ones those who can work from home it is the key workers who have helped to maintain some regularity and normality to the routines of home workers. For example, shopping for essentials at the supermarket or when they require medical care – for home workers the service may feel somewhat different but it does continue. Home workers have seen their commuting habits and the form of their daily interactions disrupted but not their jobs. For key workers – people who cannot work from home – their jobs have been disrupted significantly with changes in practices and an increase in the level of risk that they assume each day at work.

Economic need as well as a human need to be social and engage in leisure activities will be a key factor in successfully returning the other new (temporary) category of workers – the furloughed – back to full activity. With a quarter of the UK’s working population currently in this situation and an additional 800,000 claiming unemployment benefit in April there is a significant scaling up of activity across all sectors that will be required from the current low points of economic activity in April and May. The risk for the furloughed rests with the assumption that the economic activity that their jobs directly contributes to will return as before. This is not necessarily guaranteed. With Casual Dining appointing administrators the Bella Italia, Cafe Rouge and Las Iguanas chains – and 6,000 jobs – are all at risk. This is only one example in the locked down sector of the economy where business will not return as usual.

Lockdown has accelerated one of the key shifts that can be identified as a key part of strategic digital transformation. Jobs will change as a result of digital transformation. This will involve not just some shift in the daily tasks we might be expected to perform but wholesale changes in the types of jobs that are available. For some current key workers the disappearance of their jobs will be accelerated through automation. Strawberry picking robots are a ‘thing’ but the technology is currently more expensive than Romanian labourers and limited by the UK public’s lack of preparedness to pay a higher premium for robot-picked fruit. The re-emergence of local retailing may also have an increasing impact on shopping behaviour with the prospect that some forms of social distancing remains post-lockdown. While local shops are too few to ever replace the retail giants the toilet paper panic of March revealed that the supply chain of these large supermarkets are more fragile than we might suppose. Even in healthcare the pressure will now be accelerated to foster the rise of so-called Telehealth practices. A trend already started before the pandemic with providers such as Babylon Health who are disrupting traditional NHS services and particularly that of the frontline GP practices.

After more than three months of accelerated growth in video conferencing the relative security of home working may become permanent for some. Both Twitter and Square have made home working a permanent option in the US – work from home forever. The prospect is that others will soon follow. And this change itself opens up an opportunity for a more sustainable, pollution minimising and local post-lockdown recovery. If home workers remain at home forever but with a freedom to wander locally a more entrepreneurial business may become a favourite port of call for clusters of ‘home’ workers who desire social environments. A cluster of home workers at a local cafe may become de facto colleagues despite working for multiple organisations spread across the country. The cliche of the aspiring author at a Costa taking miniature sips of a latte while using the free wi-fi may be the germ of a business model that needs to scale rapidly. Perhaps in the post-lockdown the ‘home’ worker will exist on metered wi-fi while enjoying free coffee. In some way and after some false starts the time for the Ziferblat model – time based pay-for-access to unlimited wi-fi, food, coffee and space – has finally come and is needed in every commuter belt suburb and village throughout the UK. 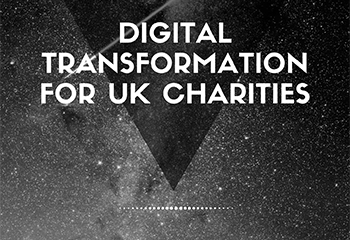 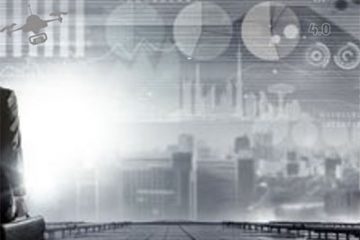